As far as scientists at NASA’s Jet Propulsion Laboratory (JPL) know, there are not yet yarn factories on Mars.

So, the image of what looks like a small Martian tumbleweed had some social media users asking questions.

The Mars Perseverance rover acquired the photos using the onboard Front Right and Front Left Hazard Avoidance Camera A.

One was selected by public vote to be “Image of the Week” last week.

The popular theory, confirmed by a NASA spokesperson in an email to Gizmodo, is that the stringy clump is debris from the mission. 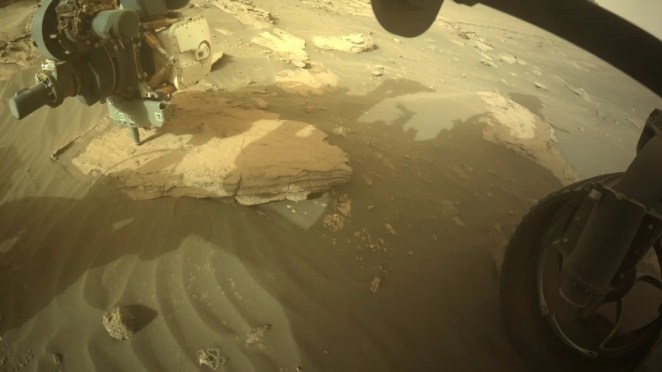 It is not the first time “Percy” has captured an image of debris.

In June, the Perseverance team tweeted that they had spotted a piece of thermal blanket that may have come from the rover’s descent stage. X
Scientists blast atoms with Fibonacci laser to make an ‘extra’ dimen…ScienceBy firing a Fibonacci laser pulse at atoms inside a quantum computer, physicists have created a completely new, strange phase of matter that behaves a…