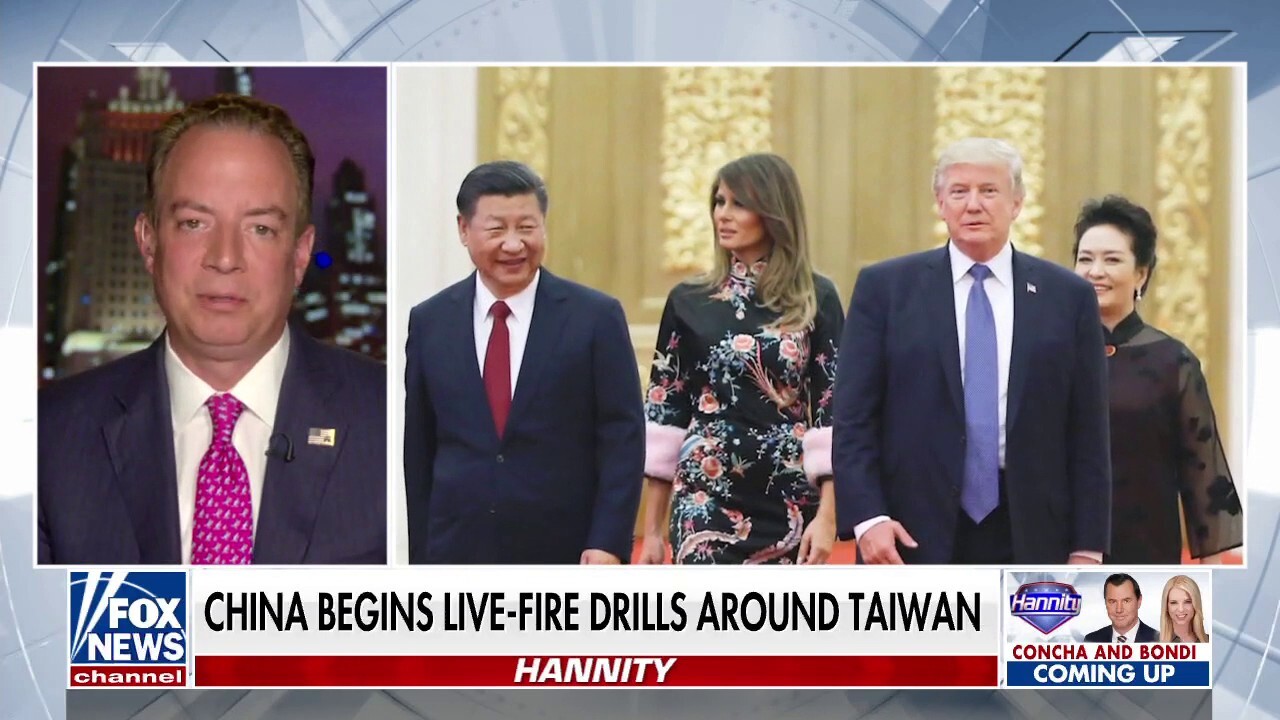 Former White House chief of staff Reince Priebus dished on a dinner that then-President Trump had with China’s President Xi Jinping that encapsulates the difference between Trump and President Biden Thursday on “Hannity.”

PRIEBUS: I was at the meeting in Mar-a-Lago when President Xi came to Mar-a-Lago, and we were having dinner. I sat across the table from President Xi, and I was sitting next to President Trump. And … one thing remarkable about this dinner [is] that there were two topics that President Xi went on 30 minutes straight without stopping on. Number one was the history of China and Japan, and number two was Taiwan. And President Xi went on and on and on about the strategic importance of Taiwan, making it clear they didn’t want us messing with Taiwan. President Trump, after dinner, said, “Excuse me, I have an emergency. I’ll be right back.” [He] [l]eft the dinner table, went down to a private room, authorized the launch of 59 cruise missiles into Syria, came back, sat down and said, “Oh, we just launched 59 cruise missiles into Syria. How’s the creme brulee?” That’s the difference between Joe Biden and Donald Trump. Back to Top
Close
X
W’Bank commits $8.5bn to Nigeria, faults N6.7tn subsidy…HeadlinesThe World Bank has committed $8.5 billion to Nigeria to fund critical issues ranging from agriculture to education. Disclosing this on Thursday in Abu…