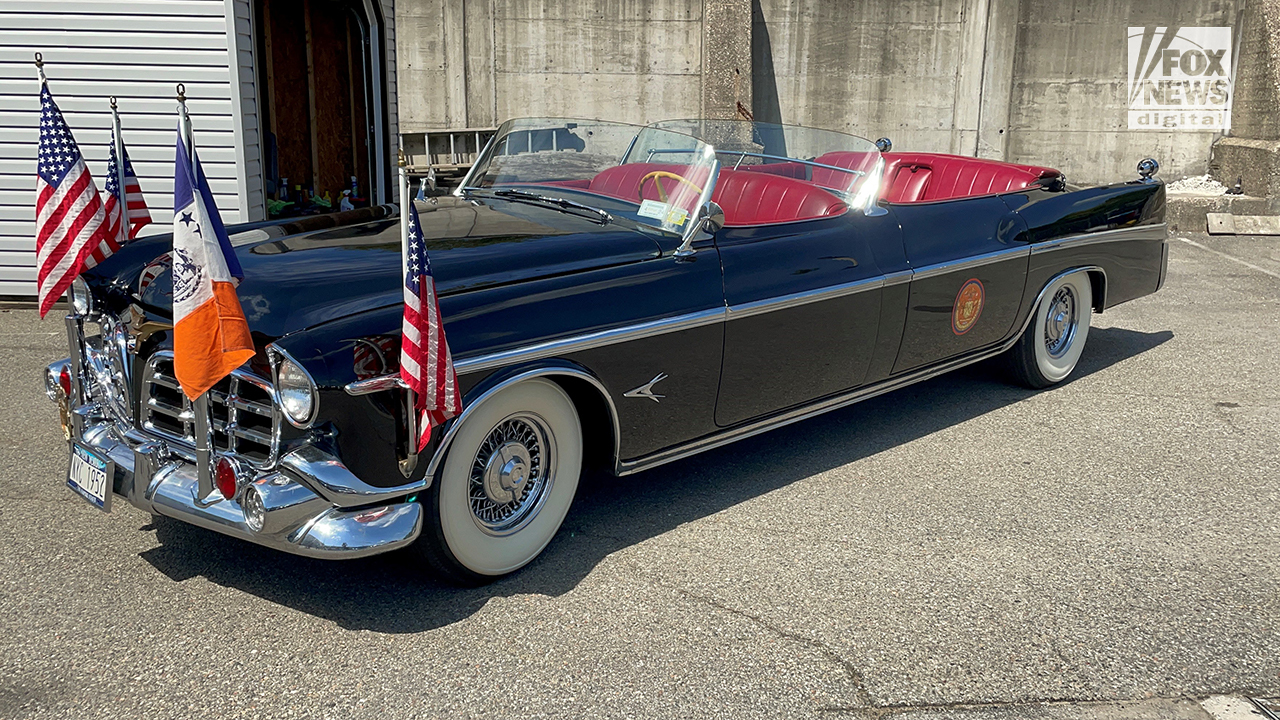 The New York City government owns 30,000 vehicles. It is the largest municipal fleet in the country and includes everything from police cars to garbage trucks and salt spreaders — but one of them is just a bit more special than the rest.

It is the iconic 1952 Chrysler Imperial Parade Phaeton that has been featured in some of the most famous parades down Broadway honoring America’s heroes, sports champions and other dignitaries.

The black open-top car is one of three identical vehicles that were built by Chrysler and loaned out for use in civic events to help promote the brand.

THE MILLION-DOLLAR CHRYSLER THAT WAS LOST AT SEA

Two were earmarked for New York and Los Angeles, while the last ended up being operated by Chrysler out of Detroit.

“The third one was originally intended to go to the White House, but because of gifting rules and those sort of things, the corporation retained it and lent it out all over the Midwest for different parades and events,” Brand Rosenbusch, the manager of historical services for Chrysler parent Stellantis, told this Fox News Digital autos editor.

The car has a separate rear passenger compartment with extra seats that fold out from the bulkhead.
(Fox News Digital)

The 20-foot-long, three-ton cars are based on the Imperial… Back to Top
Close
X
2023 Census will tackle insecurity, poverty –Buhari…HeadlinesThe President, Major General Muhammadu Buhari, on Thursday, said the planned 2023 population and housing census would give better structure to the gov…

X
Kukah slams Buhari, APC over Muslim-Muslim presidential ticket, says decision &#…HeadlinesPopular cleric, Mattew Kukah, has taken a swipe at President Muhammadu Buhari and his party, the All Progressives Congress (APC) for assenting to the …