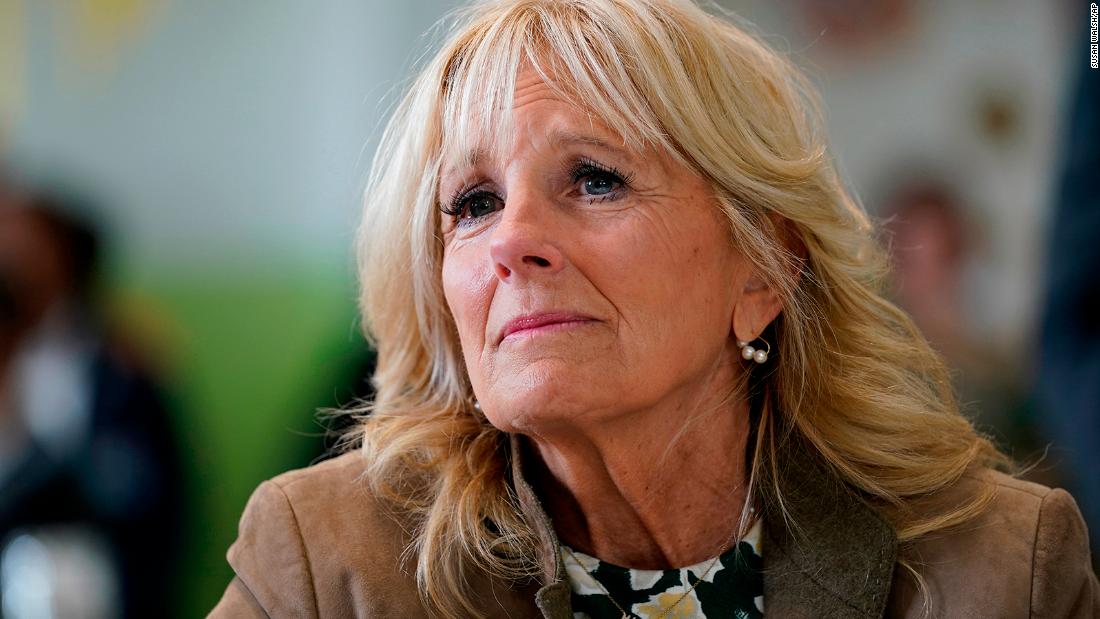 “After testing negative for Covid-19 on Monday during her regular testing cadence, the First Lady began to develop cold-like symptoms late in the evening. She tested negative again on a rapid antigen test, but a PCR test came back positive,” said Elizabeth Alexander, her communications director.

The first lady, who is double vaccinated and twice boosted, is taking Paxlovid, Pfizer’s antiviral drug, according to Alexander, who told CNN that Biden received her second booster shot in April.

This is the first time she has had Covid-19, according to Alexander.

The first lady is currently in Kiawah Island, South Carolina, with President Joe Biden, who is due to return to Washington for a bill signing later Tuesday.

“She is currently staying at a private residence in South Carolina and will return home after she receives two consecutive negative Covid tests,” Alexander added.

The President, who recently recovered from his own case of Covid-19, continues to test negative, press secretary Karine Jean-Pierre said on Twitter. She added that President Biden will follow US Centers for Disease Control and Prevention guidance on close contacts and wear a mask for 10 days “when indoors and in… X
Nigeria’s prospects in the hydrogen economy, By Mohammed Dahiru Aminu…HeadlinesGreen Hydrogen It is only foreseeable that hydrogen has the potential for even greater uses in the future. Thus, Nigeria should recognise the need to …