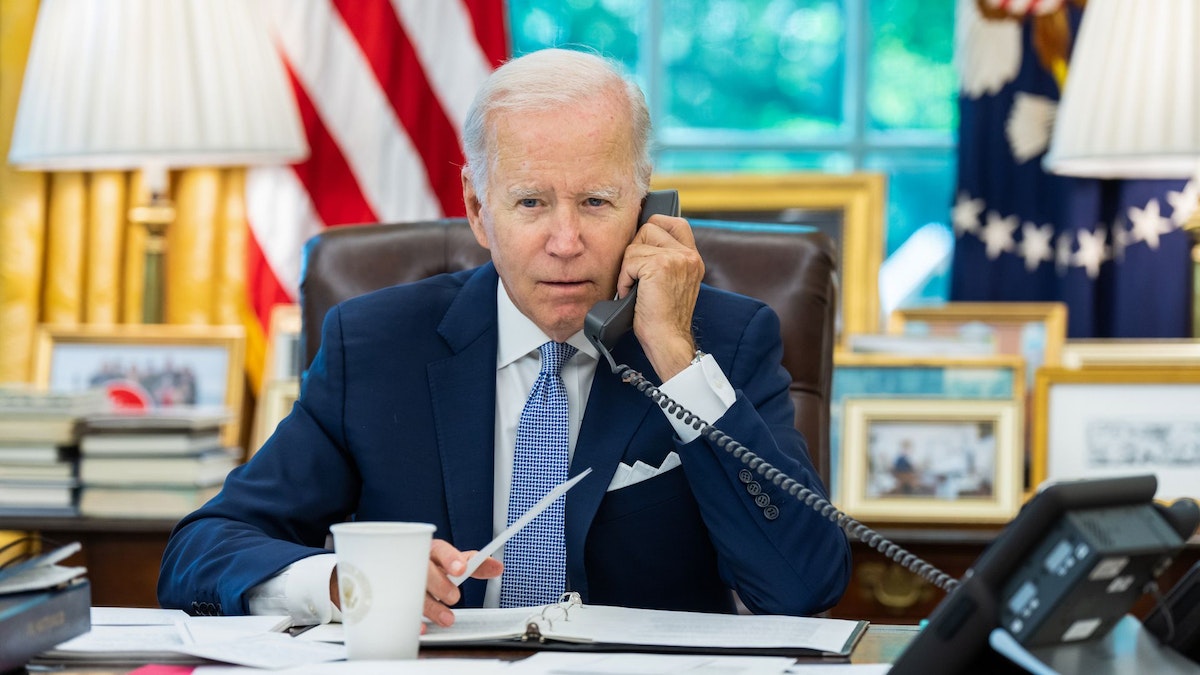 A new report undermines the Biden administration’s claims that nobody could have prepared for the so-called “Putin Price Hike” and resulting supply chain issues caused by Russian President Vladimir Putin’s invasion of Ukraine.

On Tuesday, The Washington Post reported, “In the Oval Office in October 2021, President Biden’s top advisers presented him with Russian President Vladimir Putin’s war plans for a full-scale invasion of Ukraine.” The report was based on data researched by the intelligence community.

Biden, for his part, has long blamed the war for the record-high inflation that America has experienced for nearly the entirety of 2022. He’s dubbed it the “Putin Price Hike.” (We’ll humor him for a moment and pretend that is true and that his disastrous government spending isn’t to blame)

Folks in his administration like Commerce Secretary Gina Raimondo have claimed the inflation was entirely unpredictable and that Biden was beset by events outside of his control.

“I don’t think anyone predicted Putin’s war in Ukraine, or various other things that have happened that have been unexpected,” Raimondo said in June.

Yet it would appear that actually, everybody with authority on the matter with Biden’s ear predicted the war.

That would beg the question of why did his administration not begin preparing for the energy crisis, food shortage, and other supply-chain issues that undoubtedly would pop up from Putin’s invasion? Back to Top
Close
X
Transfer: He’ll be a superstar – Danny Murphy hails Chelsea’s latest target…HeadlinesFormer Liverpool midfielder, Danny Murphy has told Chelsea to go all out to sign Anthony Gordon from Everton. According to Murphy, Gordon is someone w…

Biden Was Warned Of Russia’s War In October, Yet He Didn’t Prepare For The ‘Putin Price Hike?’