Ukrainian President Volodymyr Zelenskyy warned that Russia may ramp up its aggression this week following an attack on the family of a close ally of Russian President Vladimir Putin.

Zelenskyy made the warning Saturday, adding that the Russian forces may try something “particularly nasty” this week due to Ukraine celebrating its Independence Day on Wednesday.

The warning also comes after the daughter of a top Putin ally was killed in a car bombing near Moscow on Saturday night local time. Daria Dugina, the daughter of pro-Putin political philosopher Alexander Dugin, was killed while leaving a music and culture festival when her SUV exploded.

Her father was among those who urged Putin to move forward with an invasion of Ukraine. Authorities say the bomb was intended for Dugin. He was attending the festival but was not in the vehicle when the bomb detonated.

UKRAINE WARNS RUSSIA IT INTENDS TO TAKE BACK CRIMEA

In this photo taken on Thursday, Aug. 11, 2016, Alexander Dugin, the neo-Eurasianist ideologue, sits in his TV studio in central Moscow, Russia. The daughter of this Russian nationalist ideologist who is often referred to as “Putin’s brain”, was killed when her car exploded on the outskirts of Moscow, officials said Sunday, Aug. 21, 2022.
(AP Photo/Francesca Ebel, File) 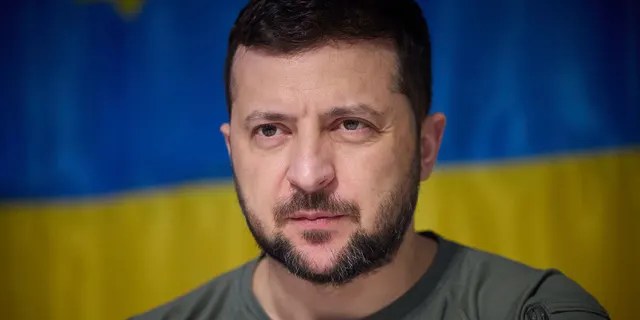