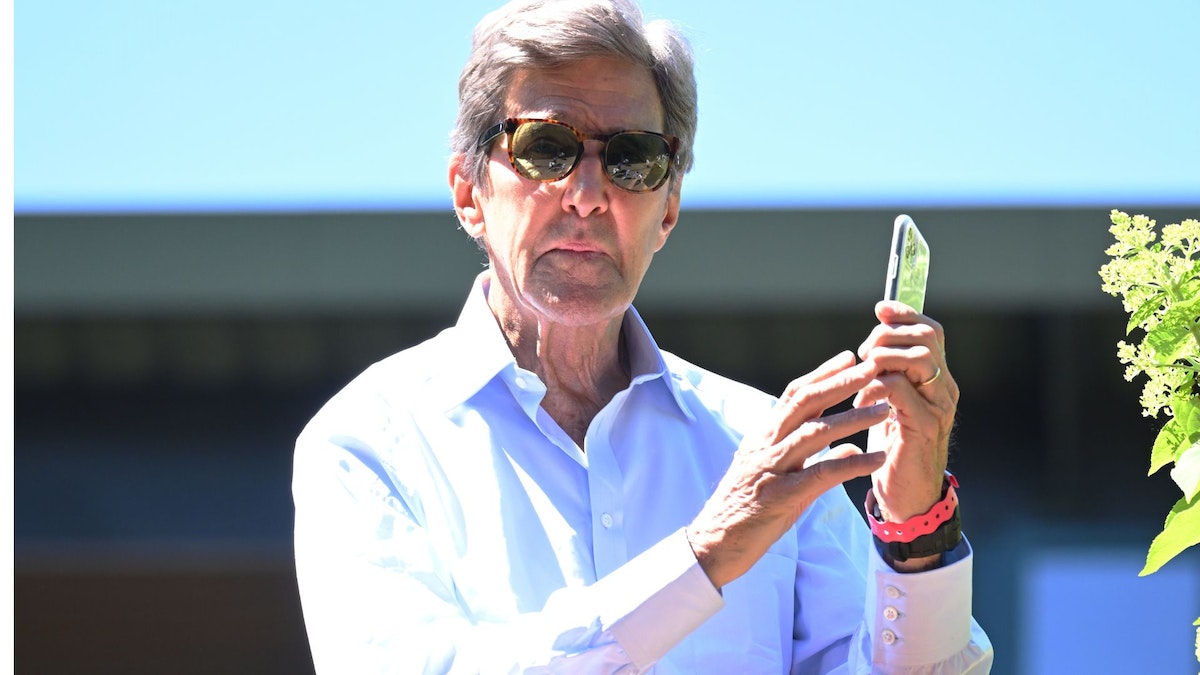 What does President Joe Biden’s special climate envoy office led by John Kerry really do as he flies around the globe in gas-guzzling jets?

The world may never know the answer, because a new report suggests that the office’s staffers keep certain items out of emails, opting instead to call their boss when certain details arise.

On Friday, Fox News reported that according to emails obtained by a Freedom of Information Act request by a government watchdog, senior officials in the Special Presidential Envoy For Climate (SPEC) avoided putting certain language in writing.

While discussing the budget for the fiscal year 2022 and 2023, one official whose name was redacted told his colleagues on March 9, “I would also suggest a call or meeting soon with jk to update him on FY22 and 23, focusing on all the elements we can’t put on paper.”

Fox News noted that the subject of the email was titled “updated memo for JK on FY23 budget settlement.”

American taxpayers have long been kept in the dark as to how much money Kerry is making off the government dole.

In March, Boston radio legend Howie Carr announced that Kerry’s office told the Boston Herald — where Carr also writes a column — that the paper would have to submit a FOIA request and could expect to hear back by 2024 to find out how much money Kerry is taking in from government coffers.

According to the Herald, the State Department, which oversees the climate office, felt that the paper’s inquiry did not meet the… X
Don’t blame Buhari for security crisis –Ado-Doguwa…HeadlinesThe Majority Leader of the House of Representatives, Alhassan Ado-Doguwa, has said the President, Major General Muhammadu Buhari (retd.), should not b…