Many serial killers like to keep 'trophies' of their victims – but one sick American murderer took his love of keepsakes to a whole new macabre level.

Ed Gein's crimes shocked the world when he was eventually caught in the 1950s and locked up in an asylum for life.

He was dubbed the real-life 'Leatherface' after his love of wearing the faces of his victims as a mask inspired the character in the Texas Chainsaw Massacre movies.

But the true horror of what Gein had done only came to light when police went inside his house for the first time – which was so shocking it left even experienced coppers disgusted. 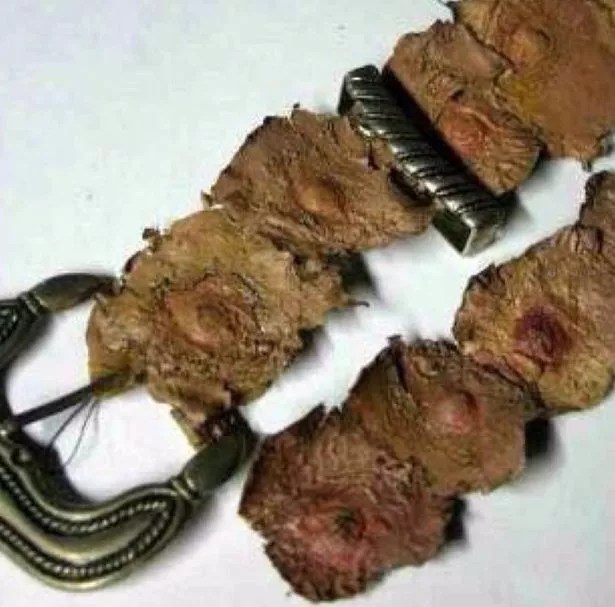 The belt made of female nipples found inside Ed Gein's house (Image: Michelle_Pruitt)

As well as murdering people, Gein had also dug up women from the local cemetery and turned their body parts into decorations, furniture and crockery for his home.

Police found women's genitalia and noses stashed around the house, faces turned into lampshades and a belt made fashioned from women's nipples.

There were also human skulls used as decorative bedposts and lips as a curtain drawstring. 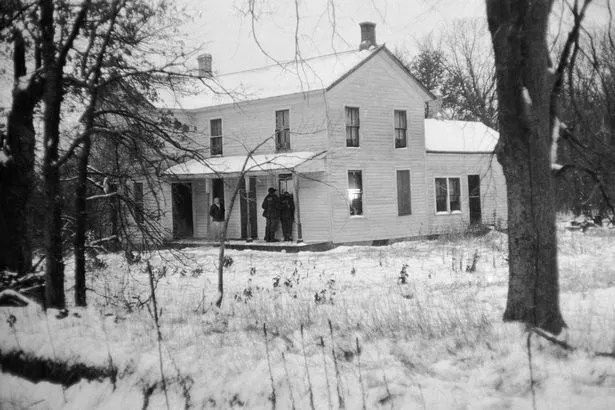 It was also thought that Gein had sex with the corpses of women he'd dug up from graves but he denied this – saying he wasn't into necrophilia because “it was too smelly”.

Gein's crimes were so shocking they helped to inspire several movies, including Psycho, The Texas Chainsaw Massacre and Silence of the Lambs.

When Gein was arrested in 1957 for the murder of store owner Bernice Worden in Wisconsin, USA, police went to his house to search it and were unprepared for the horrors that lay behind the doors. 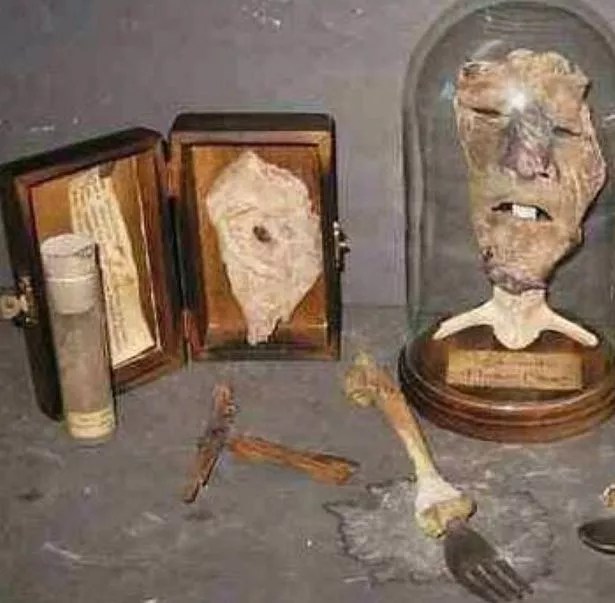 One of the 'skin masks' and other body parts paraphernalia found in Ed Gein's house (Image: Michelle_Pruitt)

Inside among the items they found were: 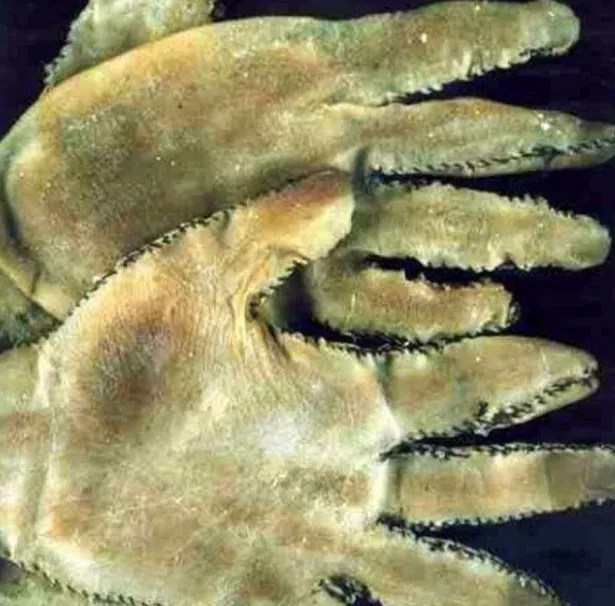 Part of the 'skin suit' made of human hands found in Ed Gein's house (Image: Michelle_Pruitt)

Gein's evil is thought to have stemmed from his upbringing on a secluded farm in Plainfield, Wisconsin, where he was raised by a fervently religious mother after his alcoholic father died. 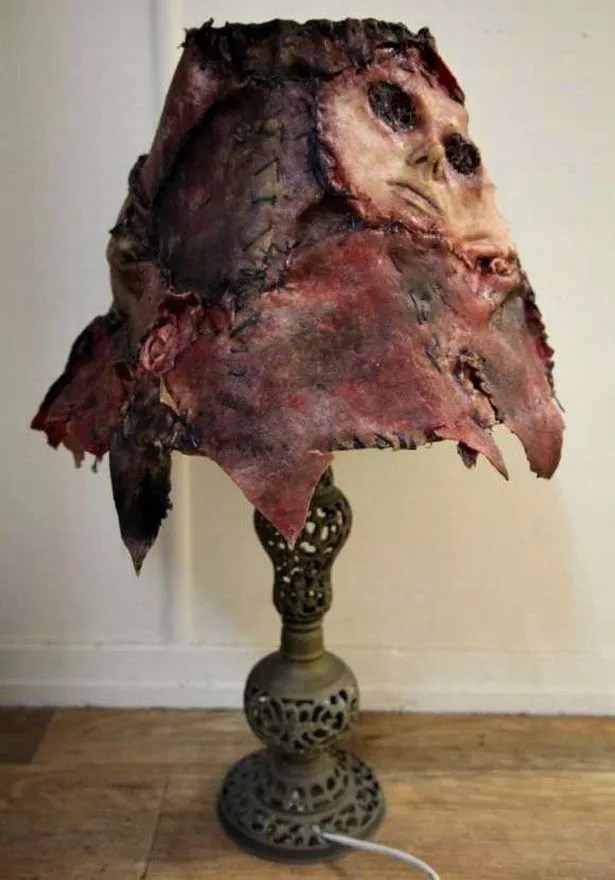 A lampshade made from a human face, found in Ed Gein's house (Image: Michelle_Pruitt)

He and his brother, Henry, suffered abuse from their mother and in 1944, Henry died in mysterious circumstances – he is now believed to have been murdered by Gein.

In echoes of Norman Bates in Psycho, Gein was abnormally close to his mother and was devastated when she died in 1945.

After he was arrested in 1957, police found a “skin suit” of a woman who looked like his mother, with Gein telling investigators that he'd made it and would often crawl inside it so he felt like he “could become his mother”. 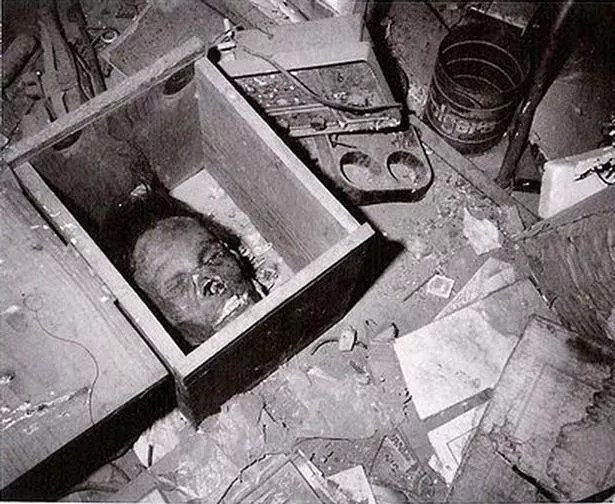 He also confessed that between 1947 and 1952 he made at least 40 night-time visits to local graveyards to exhume recently-buried bodies of middle-aged women he thought resembled his mother.

He then took their remains home and used them to make his gruesome knick-knacks and ornaments.

He also admitted to killing Mary Hogan in 1954, a tavern owner whose head was found in his house.

Gein was also considered a suspect in several other unsolved cases in Wisconsin, including the 1953 disappearance of a babysitter, Evelyn Hartley.

While he didn't deny any of these crimes, he did refute claims that he'd had sex with the bodies he exhumed from graveyards, saying they “smelled too bad”.

In 1957 he was put on trial for murder but was acquitted due to insanity and deemed unfit for trial. 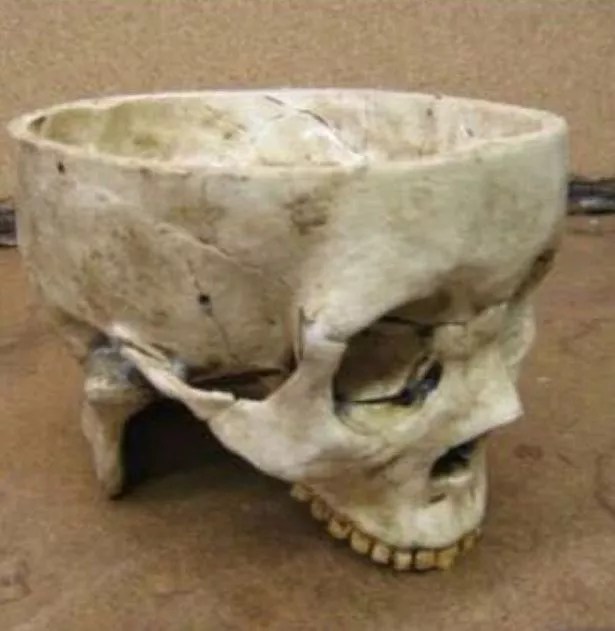 However, in 1968 he was found to be mentally fit to stand trial. Due to the cost of the trial, however, he was only tried for the murder of Worden and not Hogan, even though he'd admitted killing the latter.

He was found not guilty by reason of insanity and committed to a hospital for the criminally insane when he remained until his death in 1984 aged 77. 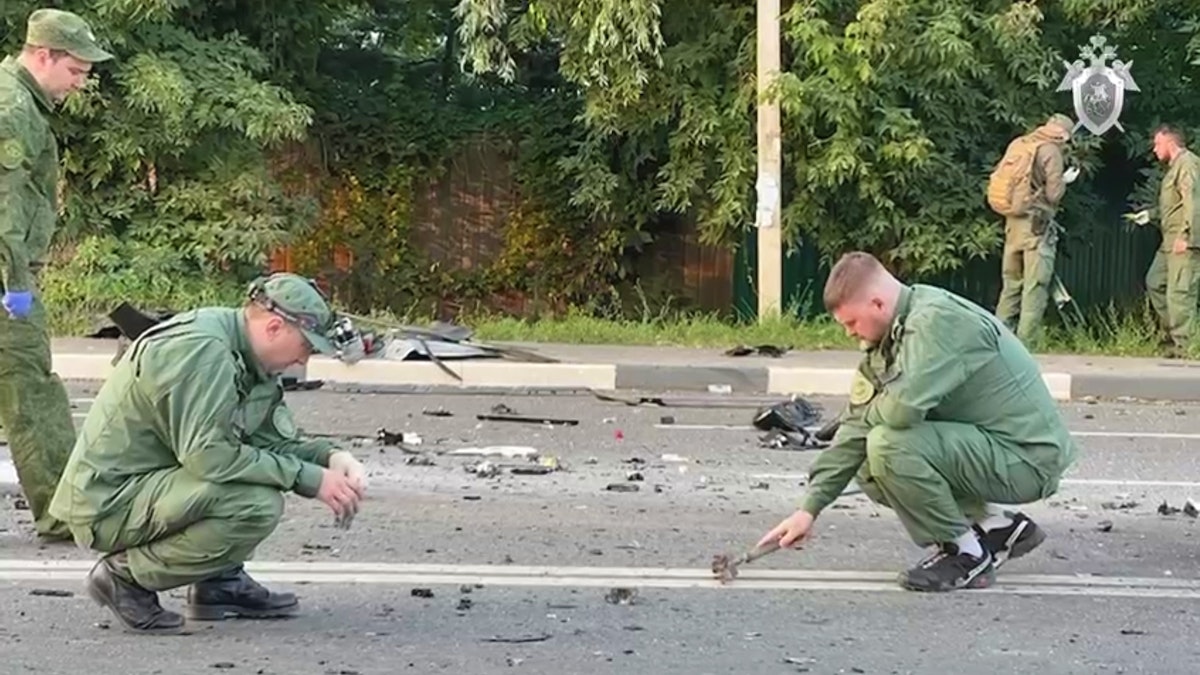 Inside sick killer's horror house – belts made from nipples, vaginas in boxes and a suit made from skin (Viewer Discretion)

X
Instagram Influencer teju pretty is dragged out & embarrassed…FeaturedI don’t think 12 girls ganging up against one person is something to be proud of - Slay Queen Teju Pretty reacts to being attacked by hair vendor, Rhi…