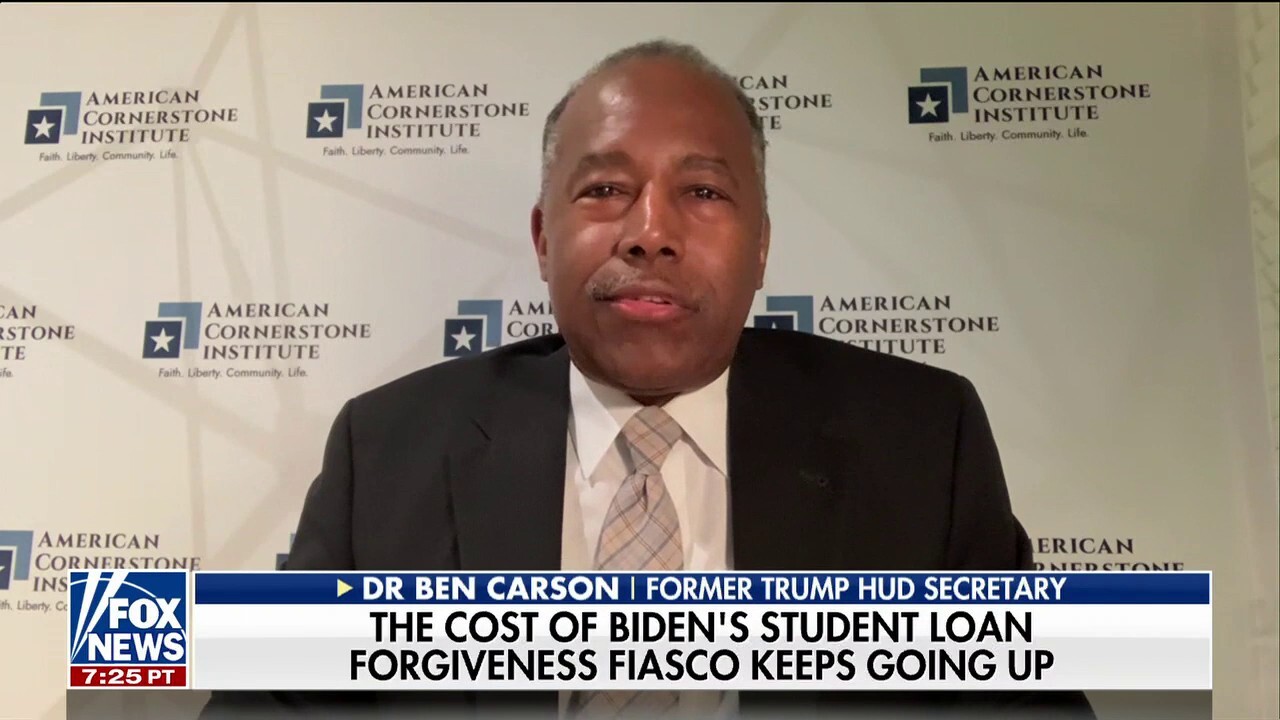 DR. BEN CARSON: This is supposed to be a country where we have liberty and justice for all, and yet now we have this plan with the debt cancelation, over $500 billion right there, loan forbearance, another $16 billion, the income-driven repayment plan, another $70 billion.

WHITE HOUSE SILENT ON WHETHER TAX INCREASES ARE NECESSARY TO PAY FOR $300,000,000,000 STUDENT LOAN HANDOUT

The amount just keeps going up and that’s assuming that everything is static. It’s really a bailout for those people who don’t need a bailout who are already on the pathway to financial success. And you’re asking people who can least afford it — the middle-class and the poor — to pay for it. How in the world is that fair? And it’s sort of the same mentality that says, “We don’t care that the southern border is open and all these people are flooding across.”

WATCH THE FULL INTERVIEW BELOW: Back to Top
Close
X
Nigeria Immigration says it isn’t recruiting, warns against job scammers…HeadlinesThe Nigeria Immigration Service (NIS) has warned applicants against patronising fake job portals as “the service is currently not conducting any recru…

Dr Ben Carson on Biden student loan handout: How in the world is that fair?