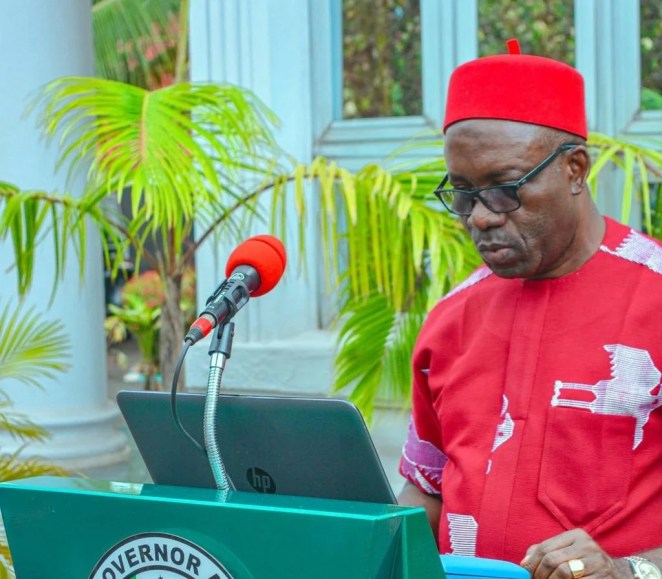 
Anambra State Governor, Professor Chukwuma Soludo, has confirmed the killing of soldiers in Umunze, while also condemning the act.

Soludo in a statement by his Chief Press Secretary, Christian Aburime, said the soldiers were ambushed on a routine patrol at Umunze by yet-to-be-identified gunmen.

Soludo said: “We condemn this wicked and cruel attack in the strongest terms. The perpetrators of this act must pay. We are not going to rest on our oars, including those people that attacked Senator Ifeanyi Ubah and the rest. There will be absolutely no hiding place for them.

“Going forward, our actions will show, as these people must surely pay for this heinous and repulsive attack.”

Back to Top
Close
X
Where it’s going wrong for the USMNT ahead of the World Cup – and how they can fix it wi…In the NewsLink DailyMail It's not enough that the US men's national team drew with Saudi Arabia. It's not enough they did it in an environment with less pressur…

Soludo reacts to killing of soldiers in Anambra, assures arrest of perpetrators