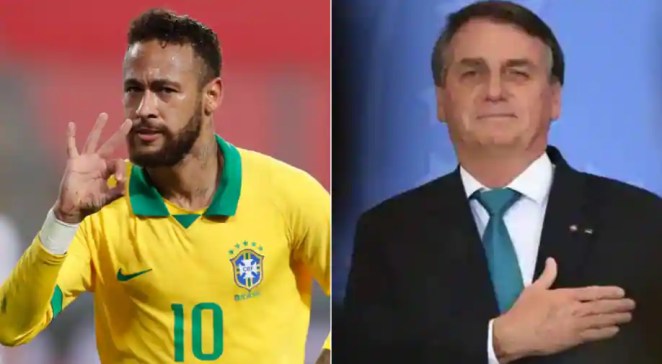 
SAO PAULO, Sept 29 (Reuters) – Brazilian soccer star Neymar Junior endorsed President Jair Bolsonaro’s uphill re-election bid on Thursday, showing his support in a TikTok video as he smiled and danced to a campaign jingle ahead of the weekend’s pivotal election.

Neymar appeared in a separate video greeting Bolsonaro at the institute event but stopped short of endorsing the incumbent, who trails former leftist president Luiz Inacio Lula da Silva, known as Lula, in opinion polls ahead of the first-round Oct. 2 vote.

In the short TikTok post, Neymar sings a couple lyrics from the campaign jingle, calling out Bolsonaro’s position on the ballot before imploring votes for the far-right leader.

At the event the day earlier, Neymar thanked Bolsonaro for “this illustrious visit.”

Back to Top
Close
X
2023 elections will make Nigeria, Obasanjo praysLatest NewsLink Vanguard Former President Olusegun Obasanjo has expressed optimism that the 2023 general elections as he prayed that the polls make and not mar N…