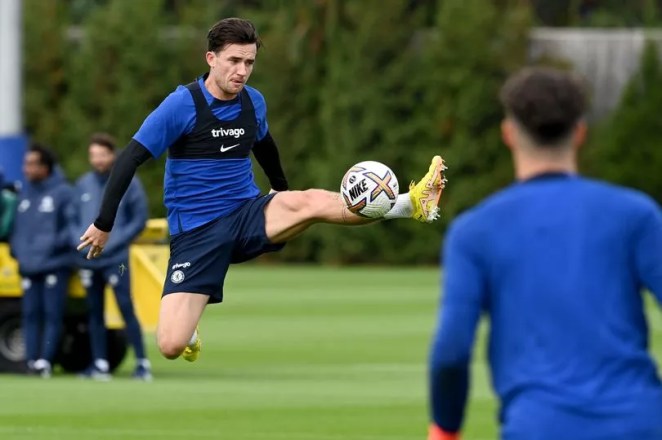 
Graham Potter has made two changes to his Chelsea side for this afternoon’s Premier League clash against Crystal Palace at Selhurst Park.

After games against Fulham and Liverpool were postponed following the death of Queen Elizabeth II, the match is the first in the top flight overseen by Potter since he replaced Thomas Tuchel as head coach last month. And the Englishman has made a bold call with a change of system.

Chelsea are expected to line up in a 4-3-3 shape this afternoon. Kepa Arrizabalaga starts in goal with Edouard Mendy not yet recovered from a knee injury and the Spaniard will be protected by a back four of Reece James, Wesley Fofana, Thiago Silva and Ben Chilwell.

The England international didn’t feature during the international break for the Three Lions and was also a substitute for Potter’s opening game in charge: a 1-1 draw against Red Bull Salzburg in the Champions League. Yet with Marc Cucurella out of today’s game due to illness, Chilwell returns to the side.

With N’Golo Kante still not fit to return following his hamstring injury, Potter has opted to go with the same midfield three that started in the Champions League. Jorginho and Mateo Kovacic are likely to be used in deeper roles with Mason Mount given the licence to play box to box.

Against Salzburg, Raheem Sterling played nominally as a wing-back. However, he is set to fulfil a more orthodox wide role at Selhurst Park with the attack being completed by Pierre-Emerick Aubameyang and Kai Havertz, who scored twice for Germany against England on Monday evening.

X
Arsenal 3-1 Tottenham: Five things learned as Gunners stay top after emphatic de…SoccerLink Daily Express Arsenal were able to retain their spot at the top of the Premier League after beating Tottenham 3-1 in the north London derby. Mike…